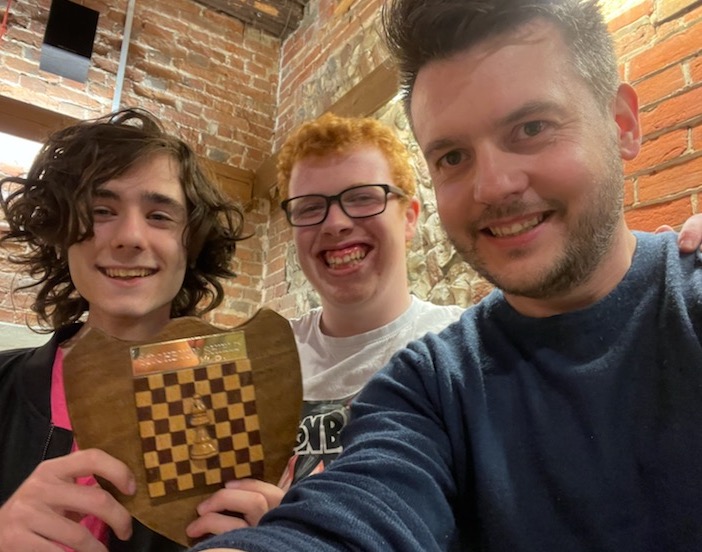 Exciting update since the previous news item…………. our young person has been competing in a team of three formed in January, consisting of another player from the chess club and an adult from Avocet House.  The team called themselves the Broadland Kingfishers and got together to compete in the internal cup tournament, this is a knock-out competition and it started back in March this year.  Our adult from Avocet House has felt that the other two team members have carried him through the tournament and both maintained a 100% record as they entered into the final. They won the final match by 4.5 points to 1.5 to bring home the trophy.  Well done Broadland Kingfishers!