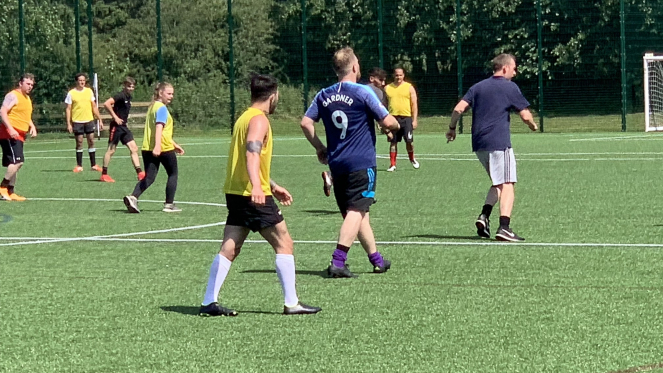 We held our annual Charity Football Match in July on a beautiful sunny day at the Beccles Football Club. We had an amazing turn out, consisting of our current SES community as well as welcoming back young people who had previously lived with us, along with former colleagues. We played 11-a-side, mixing adults with young people, and saw some excellent football throughout. The match was played in very good spirits with a finishing score of 7-4.

Following the match there was a celebratory BBQ, which gave everyone a chance to catch up with each other. Alongside this we held a raffle, which included amazing prizes such as Amazon vouches, Bluetooth headphones and a signed Norwich City T-Shirt.

We managed to raise an amazing £1000 for our local charity, Leeway, which is a Norfolk based charity supporting victims of domestic abuse. We had a significant financial donation to our event this year from Vita Health Group, for which we are extremely grateful.

It was a huge success,  not only for our chosen charity, but also for the adults and young people forming the community at SES.