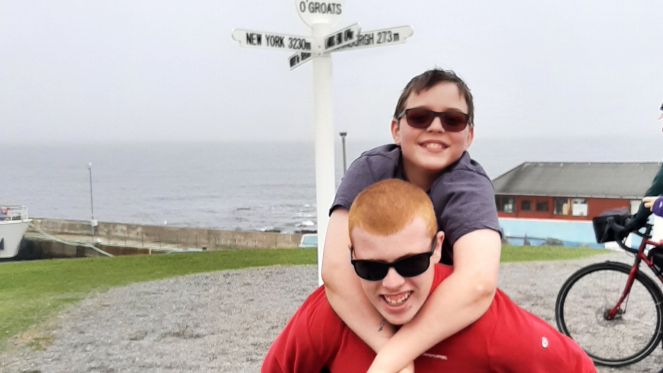 At the end of August three boys and staff from Avocet House embarked on the long trip to northern Scotland.  To break the journey, three nights were spent on a campsite in Northumberland, and on the way there a visit was made to the Angel of the North.  One of the boys is a big fan of Harry Potter so a trip to Alnwick Castle was essential while in the area. Keeping with the historical theme, trips were also made to Bamburgh Castle and a Roman fort at Hadrian’s Wall.

After a lovely time spent in Northumberland, the next leg of the journey was all the way to John O’ Groats.  From this point various campsites were stayed at and trips were made to the beautiful Sandwood Bay Beach (which involved hiking a total of 9 miles), rock pooling, Glenfinnan viaduct (also made famous in the Harry Potter movies), waterfalls and Loch Ness.

Four Angels of the North!

While everyone back in Norfolk was tolerating mediocre weather, the travellers experienced fantastic weather, which helped to make the holiday so enjoyable.  This was the first time any of the boys had visited Scotland and a fabulous time was had by all!